This week (21st - 25th September), KS2 have enjoyed daily visits from Colin Bedford and other members of the March Veteran & Vintage Cycling Club with some of their vintage bicycles. Colin has been undertaking a sponsored ride, covering 25 miles over the week and has stopped off en-route to show the children a different bike each day. Colin told us about the history of each cycle and about the period.

These are the bikes we saw: 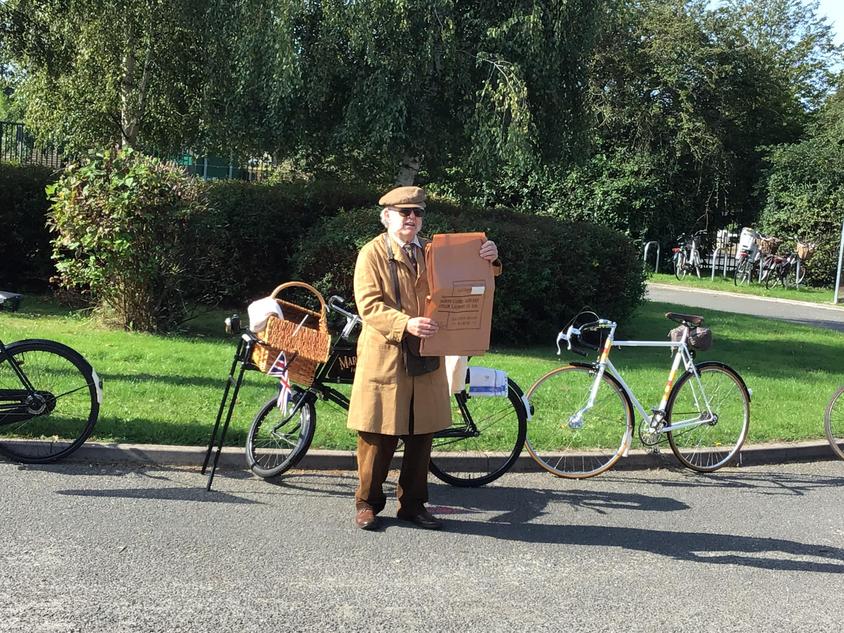 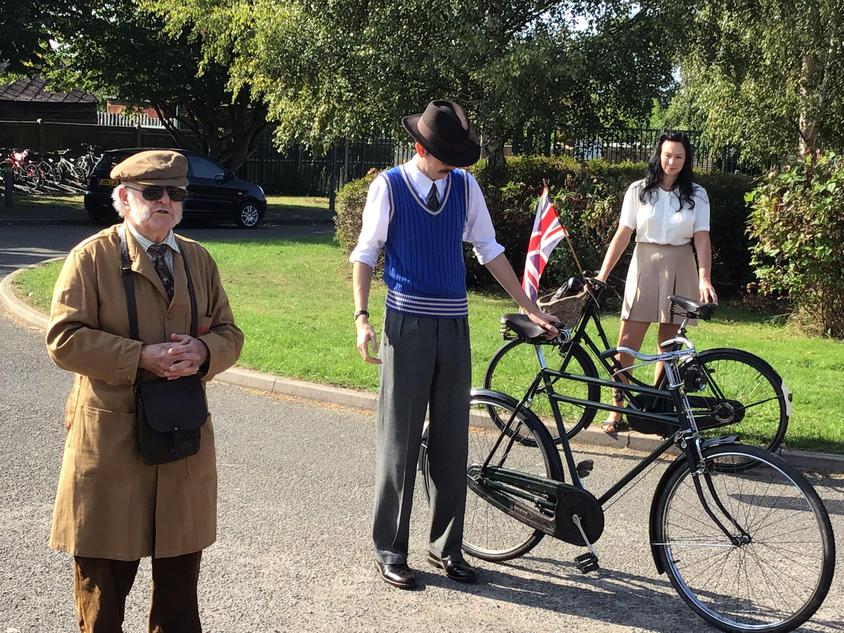 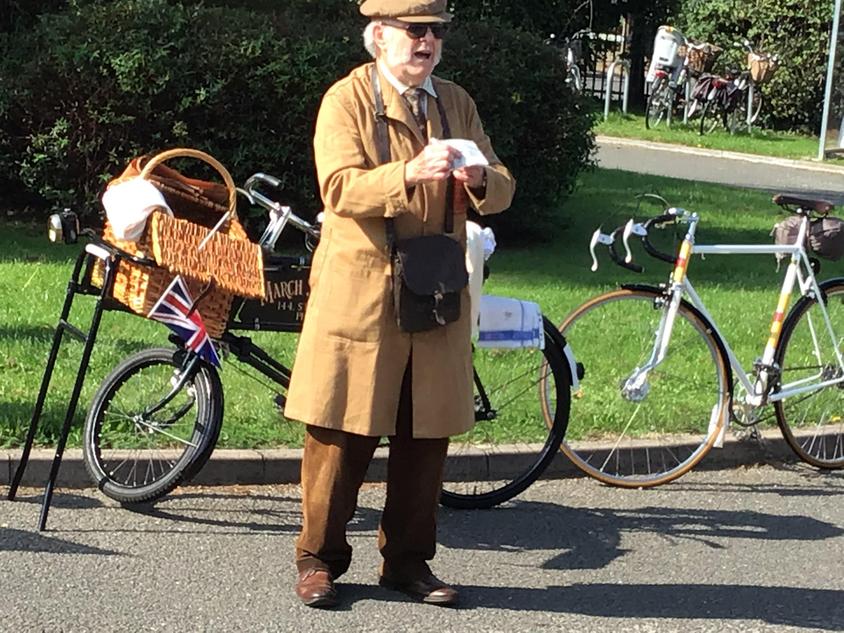 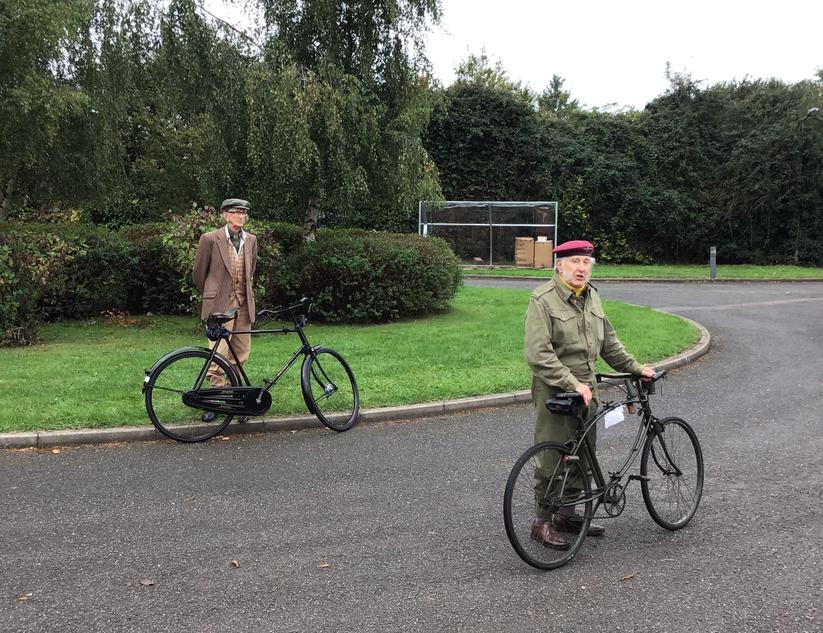 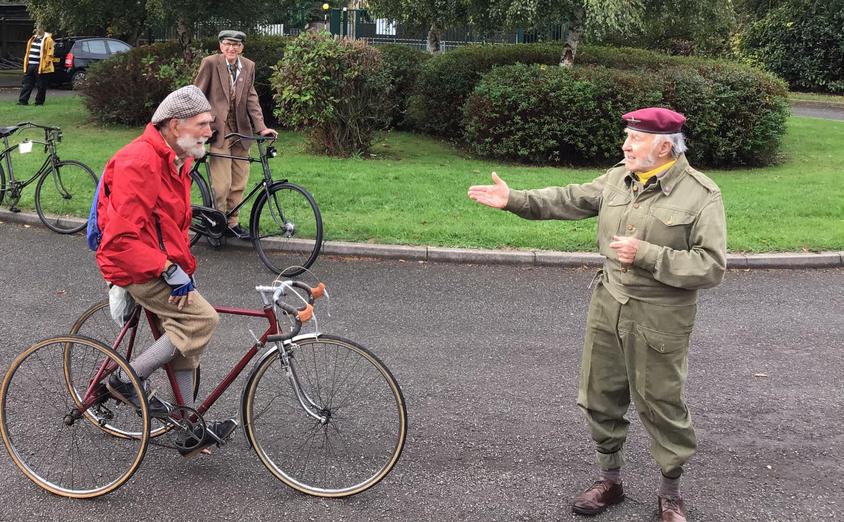 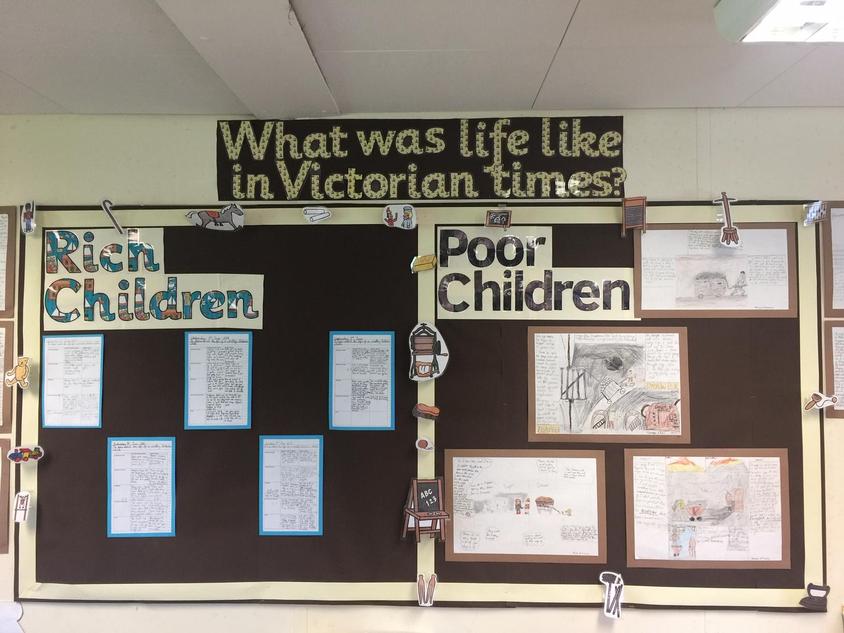 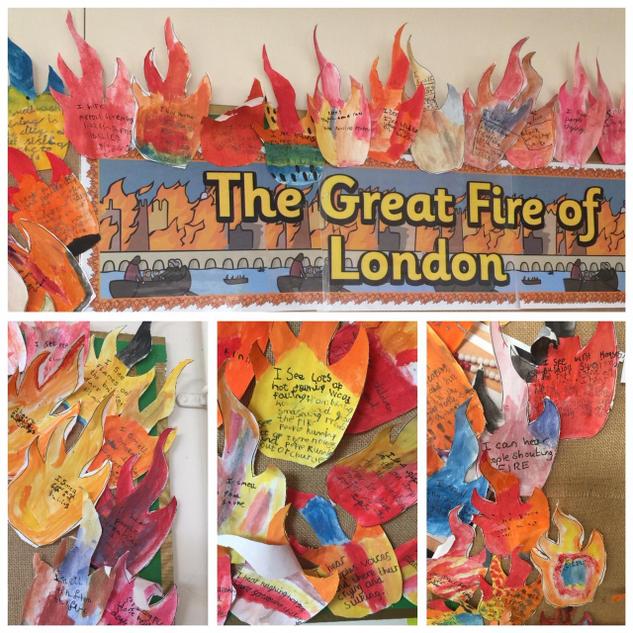 Subject content
Key stage 1
Pupils should develop an awareness of the past, using common words and phrases
relating to the passing of time. They should know where the people and events they study
fit within a chronological framework and identify similarities and differences between ways
of life in different periods. They should use a wide vocabulary of everyday historical terms.
They should ask and answer questions, choosing and using parts of stories and other
sources to show that they know and understand key features of events. They should
understand some of the ways in which we find out about the past and identify different
ways in which it is represented.
In planning to ensure the progression described above through teaching about the people,
events and changes outlined below, teachers are often introducing pupils to historical
periods that they will study more fully at key stages 2 and 3.
Pupils should be taught about:
 changes within living memory. Where appropriate, these should be used to reveal
aspects of change in national life
 events beyond living memory that are significant nationally or globally [for example, the
Great Fire of London, the first aeroplane flight or events commemorated through
festivals or anniversaries]
 the lives of significant individuals in the past who have contributed to national and
international achievements. Some should be used to compare aspects of life in
different periods [for example, Elizabeth I and Queen Victoria, Christopher Columbus
and Neil Armstrong, William Caxton and Tim Berners-Lee, Pieter Bruegel the Elder and
LS Lowry, Rosa Parks and Emily Davison, Mary Seacole and/or Florence Nightingale
and Edith Cavell]
 significant historical events, people and places in their own locality.

Key stage 2
Pupils should continue to develop a chronologically secure knowledge and understanding of British, local and world history, establishing clear narratives within and across the periods they study. They should note connections, contrasts and trends over time and develop the appropriate use of historical terms. They should regularly address and sometimes devise historically valid questions about change, cause, similarity and difference, and significance. They should construct informed responses that involve thoughtful selection and organisation of relevant historical information. They should understand how our knowledge of the past is constructed from a range of sources.
In planning to ensure the progression described above through teaching the British, local and world history outlined below, teachers should combine overview and depth studies to help pupils understand both the long arc of development and the complexity of specific aspects of the content.
Pupils should be taught about:
 changes in Britain from the Stone Age to the Iron Age
Examples (non-statutory)
This could include:
 late Neolithic hunter-gatherers and early farmers, for example, Skara Brae
 Bronze Age religion, technology and travel, for example, Stonehenge
 Iron Age hill forts: tribal kingdoms, farming, art and culture
 the Roman Empire and its impact on Britain
Examples (non-statutory)
This could include:
 Julius Caesar’s attempted invasion in 55-54 BC
 the Roman Empire by AD 42 and the power of its army
 successful invasion by Claudius and conquest, including Hadrian’s Wall
 British resistance, for example, Boudica
 ‘Romanisation’ of Britain: sites such as Caerwent and the impact of technology, culture and beliefs, including early Christianity
History – key stages 1 and 2
4
 Britain’s settlement by Anglo-Saxons and Scots
Examples (non-statutory)
This could include:
 Roman withdrawal from Britain in c. AD 410 and the fall of the western Roman Empire
 Scots invasions from Ireland to north Britain (now Scotland)
 Anglo-Saxon invasions, settlements and kingdoms: place names and village life
 Anglo-Saxon art and culture
 Christian conversion – Canterbury, Iona and Lindisfarne
 the Viking and Anglo-Saxon struggle for the Kingdom of England to the time of Edward the Confessor
Examples (non-statutory)
This could include:
 Viking raids and invasion
 resistance by Alfred the Great and Athelstan, first king of England
 further Viking invasions and Danegeld
 Anglo-Saxon laws and justice
 Edward the Confessor and his death in 1066
 a local history study
Examples (non-statutory)
 a depth study linked to one of the British areas of study listed above
 a study over time tracing how several aspects of national history are reflected in the locality (this can go beyond 1066)
 a study of an aspect of history or a site dating from a period beyond 1066 that is significant in the locality.
History – key stages 1 and 2
5
 a study of an aspect or theme in British history that extends pupils’ chronological knowledge beyond 1066
Examples (non-statutory)
 the changing power of monarchs using case studies such as John, Anne and Victoria
 changes in an aspect of social history, such as crime and punishment from the Anglo-Saxons to the present or leisure and entertainment in the 20th Century
 the legacy of Greek or Roman culture (art, architecture or literature) on later periods in British history, including the present day
 a significant turning point in British history, for example, the first railways or the Battle of Britain
 the achievements of the earliest civilizations – an overview of where and when the first civilizations appeared and a depth study of one of the following: Ancient Sumer; The Indus Valley; Ancient Egypt; The Shang Dynasty of Ancient China
 Ancient Greece – a study of Greek life and achievements and their influence on the western world
 a non-European society that provides contrasts with British history – one study chosen from: early Islamic civilization, including a study of Baghdad c. AD 900; Mayan civilization c. AD 900; Benin (West Africa) c. AD 900-1300.

Here is some of the work we have been doing in History: 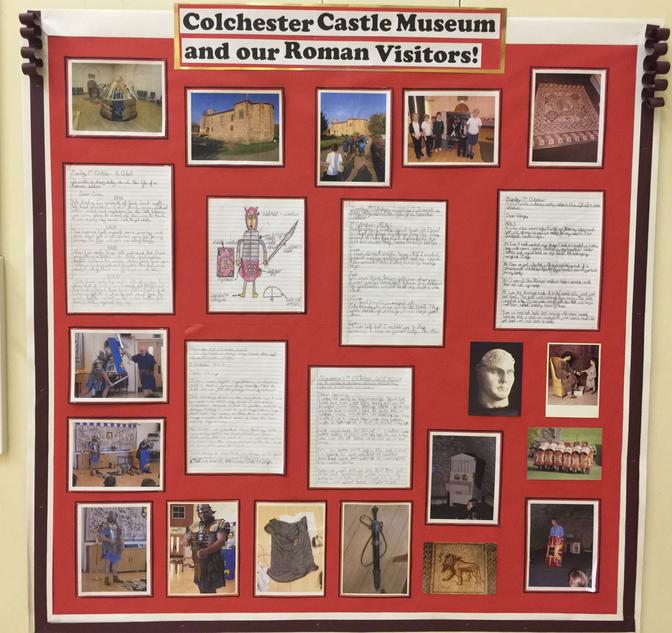 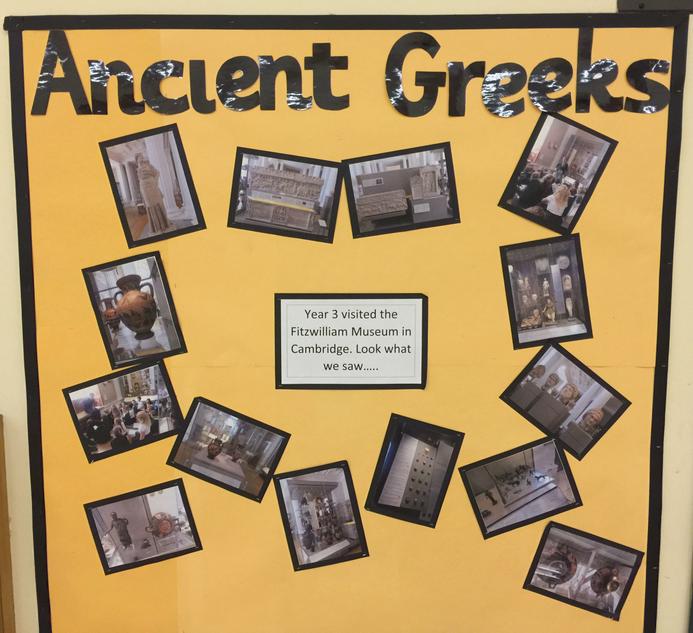 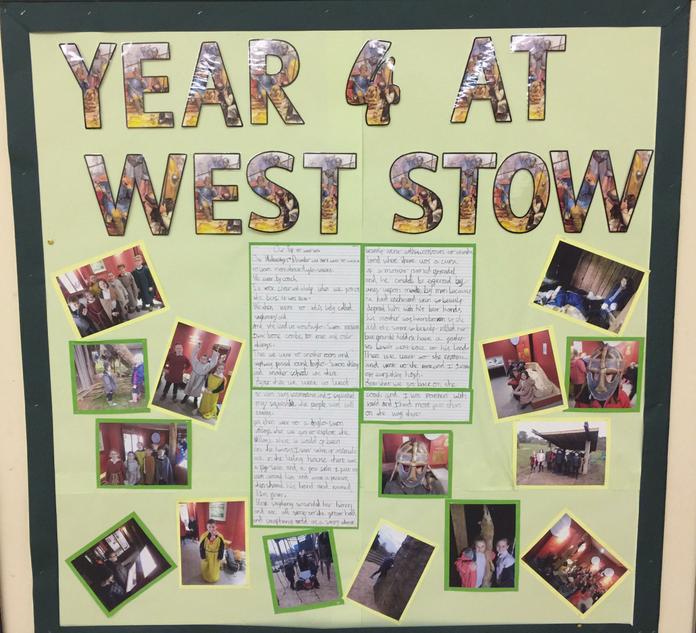 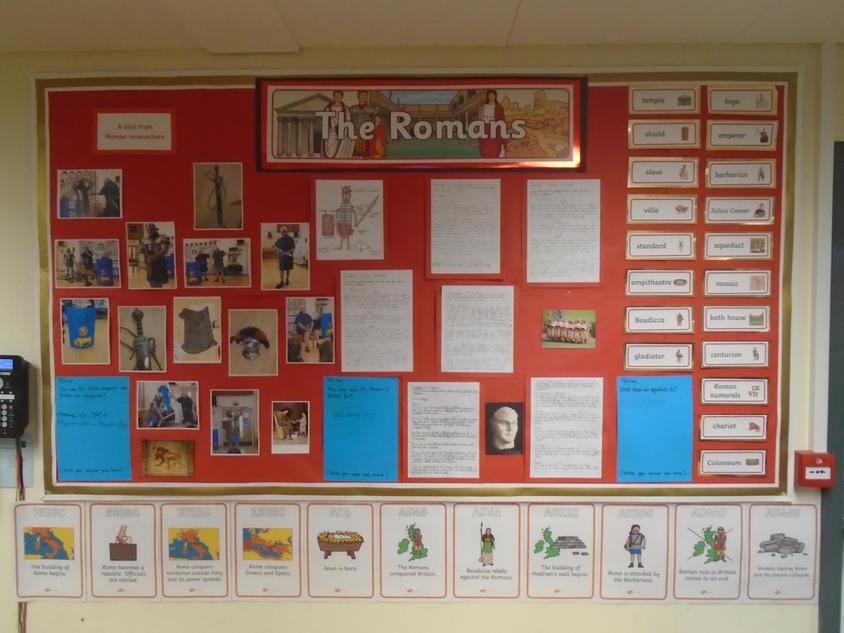 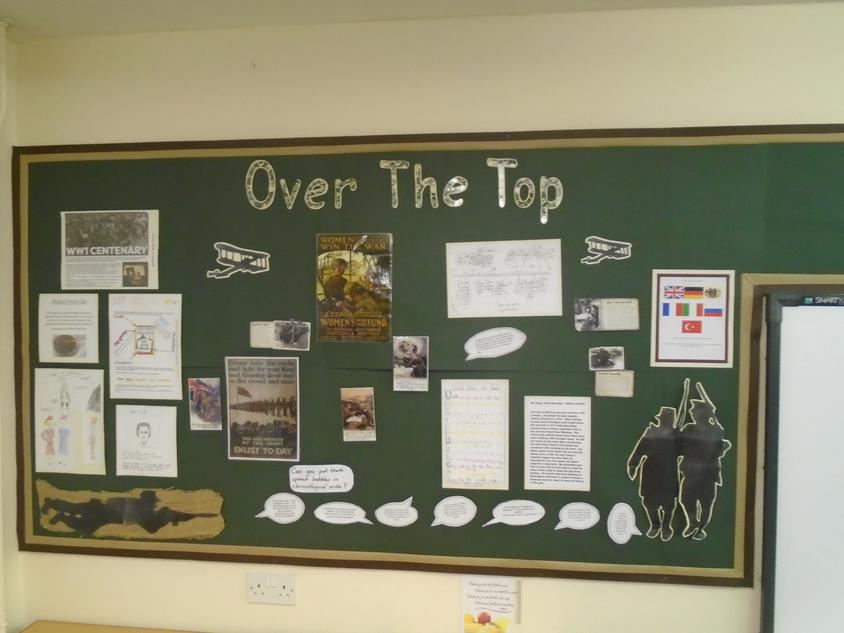 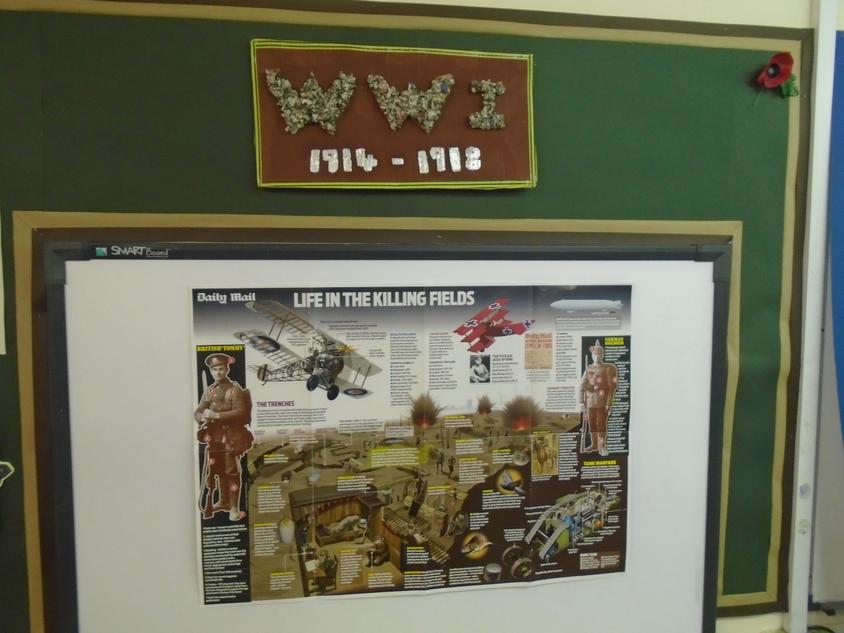 This is our second year of having National Trust membership and having enjoyed several visits to properties last year, we look forward to visiting a few more this year! Visits can be linked to many areas of the curriculum and our recent history-linked ones have included Sutton Hoo (Anglo-Saxons) and Oxburgh Hall (Tudors).

Unfortunately not the ones with chocolate chips.

Some cookies are necessary in order to make this website function correctly. These are set by default and whilst you can block or delete them by changing your browser settings, some functionality such as being able to log in to the website will not work if you do this. The necessary cookies set on this website are as follows:

Cookies that are not necessary to make the website work, but which enable additional functionality, can also be set. By default these cookies are disabled, but you can choose to enable them below: